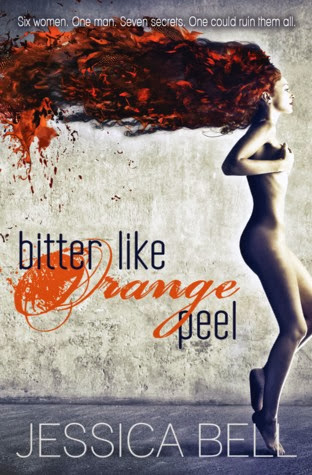 Six women. One man. Seven secrets. One could ruin them all.

Kit is a twenty-five-year-old archaeology undergrad, who doesn’t like to get her hands dirty. Life seems purposeless. But if she could track down her father, Roger, maybe her perspective would change.

The only problem—Roger is as rotten as the decomposing oranges in her back yard according to the women in her life: Ailish, her mother—an English literature professor who communicates in quotes and clichés, and who still hasn’t learned how to express emotion on her face; Ivy, her half-sister—a depressed archaeologist, with a slight case of nymphomania who fled to America after a divorce to become a waitress; and Eleanor, Ivy’s mother—a pediatric surgeon who embellishes her feelings with medical jargon, and named her daughter after “Intravenous.”

Against all three women’s wishes, Kit decides to find Roger.


But everyone else did.

In the staff room at Seattle’s Ditsy Daisy’s Café, Ivy is having a cigarette break when her mother, Eleanor, calls. With one glance at the caller ID, she switches her to voice mail. The last thing she needs right now is to be told she should quit smoking. Especially by someone who has the ability to scare the pants off an extinct ape with medical facts and statistics. Not to mention the fact that she was lectured enough about her smoking from her ex-husband, Amir. Enough to last her till she finds the missing link.

On Ivy’s way out, her colleague, Raquel, gives her a snarly look as she returns to the floor. People are starting to walk out. She’s been swamped with take-out coffees and unable to tend to seated customers. Ivy grabs her computerized notepad and approaches a middle-aged man with long grey hair in a ponytail, the only man alone in the whole café. He is wearing cowboy boots and has a briefcase under his chair.

“I’ll have an Americano, please, ma’am. And don’t put any sugar in it. Last time, the waitress put sugar in it.” The man relieves a tickle in his nostril with his long pinky fingernail. He squeezes and rubs his nose several times during this request, interrupting his serious glare at Ivy with the occasional inspection of his fingertips.

What the hell am I doing working here?

“Of course, sir. I apologize for that, but it sounds very unusual because we never put sugar in the coffee ourselves. We leave that up to the customer for convenience.” Ivy stands still, electronic pen to computerized notepad, fake smile on her face, trying not to look at the contents excavated from the man’s nasal passage that he’s rolling between his thumb and forefinger.

“Well, I know that. But I was just making sure you understood I don’t want you to put any sugar in it, ma’am.” He rubs his fingers on a napkin.

Ivy tries not to gag. “Okay. No problem at all. Americano with no sugar it is then.”

“Thank you, ma’am. I’m so very grateful you find it no problem, seeing as you are the waitress and all. Oh! Ah, bring me a donut too.”

Ivy smiles at his sarcasm and grits her teeth beneath her glossy lips. Glad I risked being late this morning for a new lip gloss. Tangy, tasty. Complete shame I now associate it with snot.

Ivy returns with his coffee and donut covered in icing sugar. She is about to serve another customer, when she hears him groan and click his fingers in the air.

“Ma’am. Can you please come here?” He pounds his fist on the table. Ivy rushes to him. “You goddamn waitresses don’t give a good goddamn what customers want. All you girls care about is flirting with the pretty boys and touching up your makeup. You went ahead and put goddamn sugar in my coffee after I asked you specifically not to, didn’t you? Where’s your boss? I want to speak to your boss.” He taps his heel. It’s heavy, firm. No rhythm, no soul.

Flirting with the pretty boys? Touching up makeup? How dare you!

“I’m afraid he has just left, sir, but I assure you I did not put any sugar in your coffee. As I said earlier, we never put sugar in any of our customers’ coffee.”

“Well then, smarty-pants, can you explain why my coffee tastes so goddamn sweet?”

Ivy knows exactly why his coffee tastes sweet. But she doesn’t know if she has the balls to tell him. Perhaps she’ll embarrass him. Or even worse, get spat in the face in front of an entire coffee shop of curious customers looking her way. It’s happened before.

“Well, sir. I believe your coffee is sweet because—”

“Yes? Yes? Spit it out, doll.” A chunk of chewed donut escapes onto his chin as he utters the word spit. Everyone is staring in their direction.

“Because you seem to be dipping your donut in your coffee, sir, and it’s covered in icing sugar.”

The entire coffee shop bursts into laughter and applauds. Ivy can’t help but offer a victorious smile. He looks around, blushes a colour Ivy has never seen a man blush before, downs his coffee, throws a few coins on the table, and puts the remainder of his donut into his briefcase. It’s full of sheet music, a harmonica, and a tambourine. A struggling musician? Now Ivy feels sorry for him. Well, sort of. 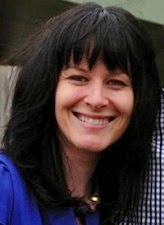 If Jessica Bell could choose only one creative mentor, she’d give the role to Euterpe, the Greek muse of music and lyrics. This is not only because she currently resides in Athens, Greece, but because of her life as a thirty-something Australian-native contemporary fiction author, poet and singer/songwriter/guitarist, whose literary inspiration often stems from songs she’s written. Jessica is the Co-Publishing Editor of Vine Leaves Literary Journal and annually runs the Homeric Writers’ Retreat & Workshop on the Greek island of Ithaca. For more information, please visit her website: www.jessicabellauthor.com

Choice 1: Paperback copies of my novels: String Bridge (+ MP3 downloads of original soundtrack), The Book, and Bitter Like Orange Peel